Through years of experience working with more than 1000 top companies in the world, we ́ve architected the Readynez method for learning.
Train in any technology using the award-winning Readynez method and combine any variation of learning style, technology and place, to take learning ambitions from intent to impact. 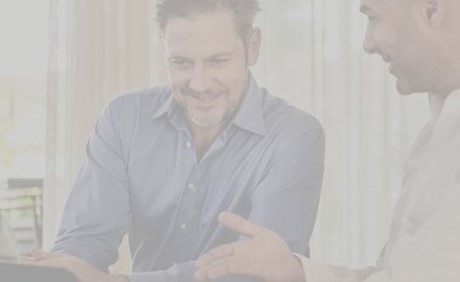 How to get the career of your dreams

KMD is one of Denmark's largest IT and software companies with branches in Copenhagen, Odense, Aarhus and Aalborg. The core of KMD´'s business consists of its own software development and the company develops and delivers IT solutions to municipalities, regions, the state and private companies.

KMD's teams consist of employees who have been in the IT industry for many years and talented graduates who are hired as part of the Readynez Talent programme. The graduates have many different educational backgrounds, but they have an interest in IT in common.

One of the young graduates who was hired through the Talent programme as an IT developer is Thea Renneberg, who was hired as an IT Developer - coming from a background in design.

What is your educational background?
I have a degree in Information Science, but in fact only my graduate is IT oriented. I took my bachelor's degree in design and business, and back then it was actually the graphics that I thought were most exciting. But as I learned more, I actually found IT development a pretty obvious choice. It's also creative, just in a different way. So when I was going to take my master's degree, it was really a natural step for me, to take a master's degree in IT development.

Why did you choose a career in IT?
Well, before the Talent programm, I was not qualified, and so I didn´t even consider it. But then I saw something about the Readynez Talent programme in Facebook, and then I thought it sounded super interesting, almost too good to be true, but it clearly wasn´t.

What is interesting about Readynez Talent for a recent graduate?
I think it's great to combine real work with training. That way I get an understanding of what I need to learn and then I get hands-on training. It's a really good way to start your career as a recent graduate. It simply builds a bridge between being a student and entering the job market and starting to contribute with value to a business.

What has been the hardest thing so far?
There is a lot of new things and words to learn that I had never heard of before. It is not really the IT training that is super difficult, because it is not nearly as hard as you might think, there is just a lot to learn and the learning curve is steep.
Of course, I have found some very fundamental concepts that I do not understand because I do not have a computer science education, but it will come over time. I do not see it as a problem, it is very logical and simple.

What has been the most exciting?
All of it! I would say that anyone who has the interest should just go for it. If you have the interest, that is the most important thing, then I would definitely recommend having a chat with a skills coach or reachign out to Readynez to learn more. Give it your best shot - and you will most likely be successful!

Of the Class passed their Exams

Got a job in IT

Free for the learner

Subscribe to the Newsletter and get the best of our knowledge and experience, hand-picked by our editors. Get all the relevant news about Digital Skills, Case Studies, Podcasts and course launches straight to your inbox. Subscribe here:

Learn how the leaders of the Skills-First Economy are preparing for change and making digital skills work!

ATEA Norway: How to close the Skills Gap with Talent and win big!

“As the demand for our solutions is increasing, we need to hire more people to deliver the solutions that the market needs

It is a plug and play solution that matches our needs 100%, so we were not a difficult sell for Readynez. It was obviously the right thing to do.